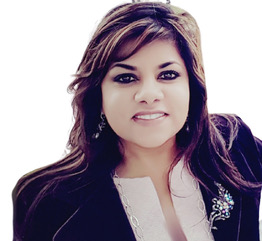 Dr Miranda Vincins has over twenty-five years of experience working therapeutically with clients aged five years old and above. She specializes in the adult trauma population. She helps individuals from all cultural backgrounds who may be feeling overwhelmed, stressed out, sad, depressed, anxious, grieving, or who are suffering in other ways, such as experiencing relationship issues. She has successfully provided therapeutic services, including individual therapy, group therapy and family therapy. She has expertise in psychological evaluations for court ordered evaluations, military, government, forensic, and medical doctors. She also provides Life Coaching to athletes, entrepreneurs, executives, leaders, as well as their employees, to enhance performance and productivity as well as for maximizing achievement in personal goals.

MEMBERSHIP
Dr Vincins is an Associate Fellow with the British Psychological Society (BPS), a member of the Health & Care Professions Council (HCPC), the Royal Society of Medicine (RSM), and the American Psychological Association (APA).

PUBLIC SPEAKING AND TRAINING
Dr Vincins is an international public speaker and trainer. She has led global workshops, training and has presented at conferences in Europe. She has led executive leadership training for the State of Florida government in executing their Business Plan, Strategic Plan and implementing and surpassing Performance Measures. She provides charity workshops In the UK for Church congregations on mastery of wellbeing, where all proceeds are donated to the church. She provides spiritual development workshops, working extensively with professionals in the medical industry who identify as healers, as well as healers in the New Age community.

AWARDS & RECOGNITION
Dr Vincins was identified by the Houses of Parliament, in the UK, to address the Mental Health strategic awareness and services plan for the nation. She received a recommendation from Prince Harry, formally of Buckingham Palace, to sit on the Board of Directors for the UK Charity, Heads Together in the UK. She won the American Psychological Association (APA) Early Career Psychology Award for her work with the US Military based in the UK. Additionally, she has received recognition from the American Psychological Association, US Military Division, for her work with the US Military in the UK. She has received recognition by TRICARE and International SOS, the US Global Military insurer, for her quality of care to all patients she served with the US Air Forced based at RAF Lakenheath and RAF Mildenhall. She was awarded by the Governor of the State of Florida, for her relief efforts with Hurricane Wilma in Florida, USA. Prior to her career in Psychology which began in 1994, she received much recognition for the quality and service she provided, in areas outside of the field of Psychology.